I recently had the pleasure of attending a talk by Jennifer Dulski, President & COO of Change.org, the world’s largest social change platform with more than 100 million users in 196 countries.  The title of her talk was  “Empowering Change: Using Your Talents for Good”. She spoke on the importance of pursuing work aligned with your natural talents, and why doing so will give everyone, everywhere the power and opportunity to change the world around them.

She shared examples of campaigns from around the world that have influenced policy changes at a small and global scale. The stories of the individuals who started these campaigns is what intrigued me the most. I wondered, what inspires a person to start a campaign? What inspires people to have such deep convictions that they are willing to launch a campaign knowing that more than likely, like the tortoise and the hare, the process will be slow?

Thousands have launched campaigns ranging from elections, to changes in public schools, to racial justice, to immigration, to family leave,  to the Zika virus. Anyone can start a campaign.

Dulski spoke about strategies for launching campaigns and one idea was particularly powerful and perhaps gives insight into why people start a campaign.  Her concept is: Vulnerability = Power. We don’t usually think of these two words together but it does make you think.

Dulski shared how all it takes is one person willing to share a story and it can turn into a powerful campaign with thousands of supporters.  For example, she shared stories of women who had endured acts of sexual violence and how their willingness to share their stories ignited a global campaign. It is this willingness to be vulnerable, tell a story that is not easy to share, that turns a tragedy into power and influence.

As leaders, we often avoid the term vulnerability. Dulski challenges us to rethink that mental model.

A client recently client shared with me that she was feeling powerless in her leadership role during a major transition. After learning of Dulski’s concept of vulnerability and power, my client realized that by sharing her vulnerability she could influence others to stand up for their beliefs, values, and the future of the organization.

Where might you have a corner of vulnerability and talent that if you shared it with others it might just ignite a wave of empowerment for yourself, your team and your organization?

What talents can you point towards making the world a better place?

Join Change.org in Victories Every Day.

Receive the latest articles when they publish

Receive the latest articles when they publish 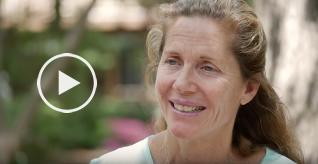 Sign up for free Polly Chandler Coaching insights and articles, plus gain access to an inspiring strengths finder video guide to help you or your team get started on a more meaningful and impactful career journey!