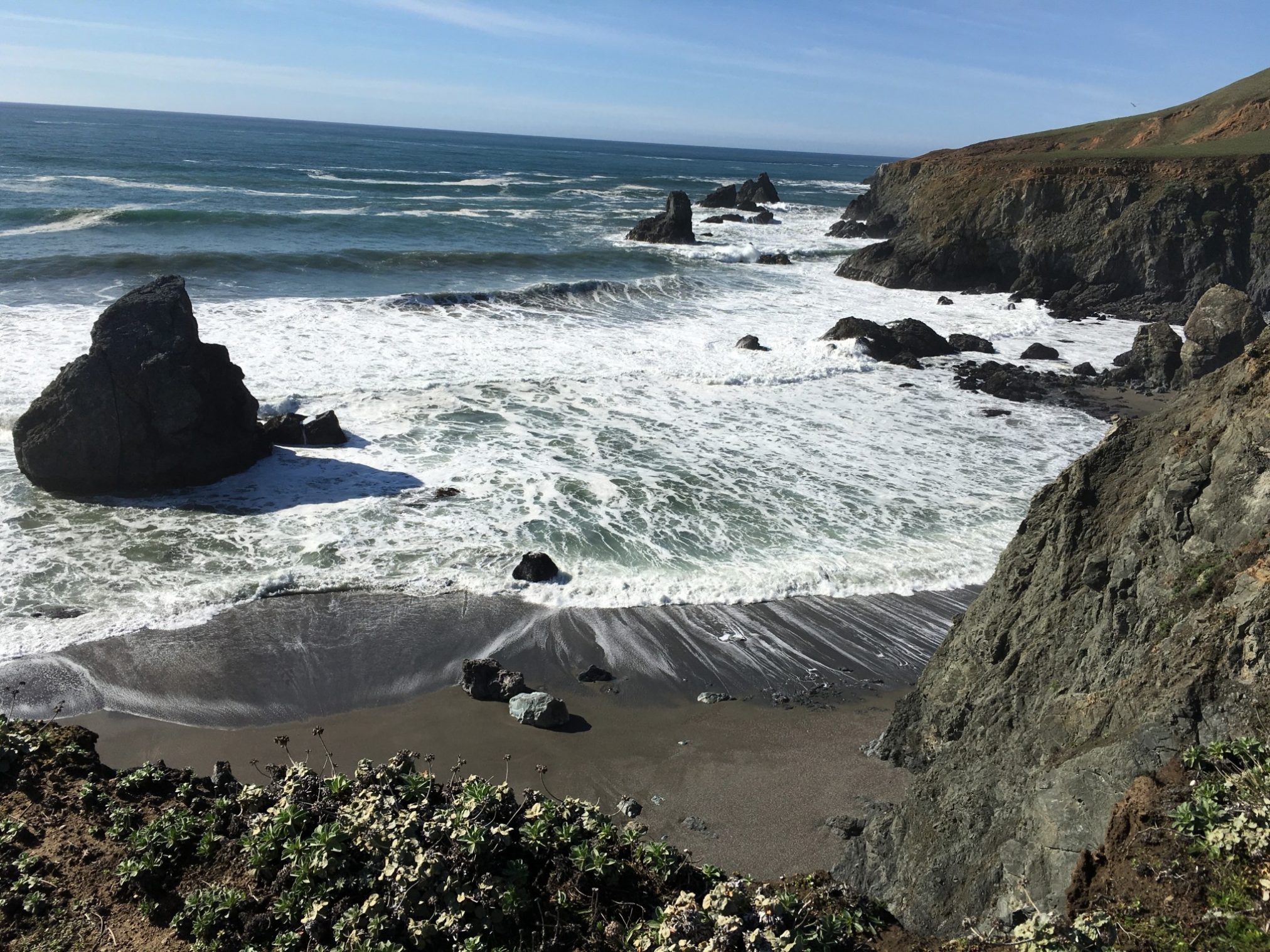 This last week I volunteered at the San Francisco International Ocean Film Festival (SFIOFF).  This film festival showcases dozens of films from around the world and “brings the power and mystery of the ocean to the beautiful San Francisco waterfront.” I have a deep passion for the ocean and this felt like a perfect place for me to volunteer for two days.

The films were developed and produced by a range of talents from youth to professionals. The films covered topics from ocean animals to threats to the ocean to surfing. I expected to walk away energized by the beauty and power of the sea.  At times I was totally energized as I found myself in awe of the color of the species and their unique adaptations for survival to the ocean climate. Yet, at other times I found myself increasingly anxious and overwhelmed by the alarming threats to the world’s oceans. The films woke me up in a very uncomfortable way and reminded me how little time we have to get this right. The impacts of climate change on the oceans of our planet continues to accelerate.

One film titled,  I am Morgan, is about a captive Killer Whale in an aquarium in Spain. The filmmaker only used music and told the story of Morgan through the eyes of the whale. Sharing the world of a killer whale from it’s captive tank was so unsettling. Watching people pound on the glass and take photos gave you a sense of how traumatizing it must be for this animal that usually travels in a community of whales in wide open spaces.

Another film, The Plastic Sea woke me up to not just one Pacific garbage patch but to the 5 ocean current gyres. The Atlantic gyre encircles Bermuda and the plastic on their beaches is growing at an exponential rate. This film was funded by a kickstarter which gives me some hope for powerful education but still the extent of plastics in our culture made me feel rather hopeless. I came home and researched 5Gyres  hoping to get ideas on how I can help make a difference in a global problem.  Will me not having a plastic cover on my Starbucks Chai really make a difference?

The feature film I saw was Antarctic on the Edge. This remarkable film won the 2016 SFIOFF science research award. It outlined a National Science Foundation (NSF) initiative to document as much as possible about the exponential melt rates that are impacting ecosystems in the Antarctic. I found myself wanting to leave the film midway as it was so alarming and so uncomfortable to hear the depths of the crisis we are facing.

I took a long walk along the San Francisco Bay after the films. I am usually soothed by the sea but I found myself anxious and unsettled by the stories in this array of cinema. I found myself feeling rather helpless in the scope of the global threats to our oceans.

I have been thinking about how I can help on a global issue that is so huge and so complex that there are no easy answers. I’m inspired by the number of groups trying to make a difference. I’m also looking for ways my small steps can make a difference.  But I am haunted by one of the NSF researchers who said in the film…”We only have one chance to get this right”.

What are you doing to make a difference to face the complex ocean threats?  Perhaps the film about the people in the Maldives will give you some hope that redirecting the killing of whale sharks to ecotourism is one solution.  Sharing our stories of success can keep us all keep hopeful in these challenging ecological times.

I’ll volunteer at the film festival again to keep learning but next time I know it won’t be comfortable.  Perhaps,  that is the lesson, we have to work together with this discomfort and stand bravely in the eye of the issues. We can’t run from it. We have to believe we can make a difference.