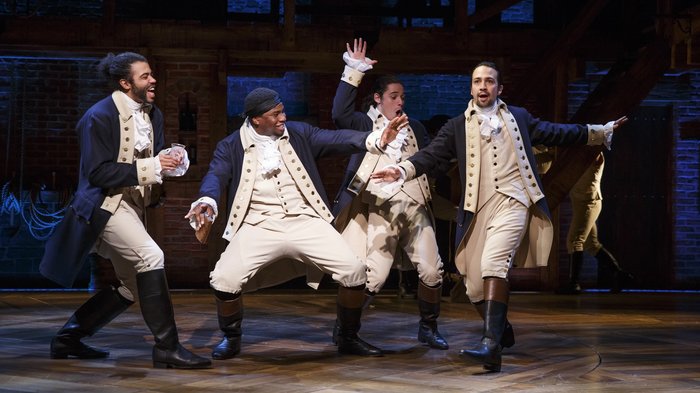 Evidently, Hamilton, the new musical, is the hardest ticket to get on Broadway. It’s been called a once-in-a generation experience. Lin Manuel Miranda — the composer, lyricist and lead of the show recently told the story of how Hamilton came to be on National Public Radio. Miranda shared how his love of hip-hop and an invitation from President Obama led to the creation of this hot new musical. Miranda also discusses the challenges of telling a story of slavery, power, and influence. He reveals how he grappled with asking a very diverse cast to play slaveholders. He comments “empathy only gets you so far when you are dealing with a system of brutality.”

This quote struck me because there have been so many conversations about empathy in the press lately. Brene Brown’s video on Empathy has over a half a million views. People are talking about Empathy. Even Harvard Business Review did a piece on empathy. I often work with leaders who have “Empathy” as one of their top five strengths in the Gallup Strengths Finder tool and they strategize how to leverage empathy as a leadership quality.

I am the first to say that we all need to practice empathy. Yet, Miranda has named the limits to empathy. His invitation encourages us to ask…when does Empathy need to transition into a bold step of action?

The conversion of his question and an introduction to a new nonprofit, Partnerships for Trauma Recovery, has put my thoughts on empathy into a new sphere.

Partnerships for Trauma Recovery‘s  mission is “to address the psychosocial impacts of trauma among international survivors of human rights abuses through culturally aware, trauma-informed, and contextually adapted mental health care, clinical training, and policy analysis.”  Their web page shares images of struggle, pain and loss among children, women and families who have been traumatized. The many eyes of fear, sadness, and loneliness staring out at me from their web pages turned my empathy on “high”.

As I studied the mission, their action steps and their Healing Mosaic, I found myself saying…”Empathy is not enough”. As a global community we need to respond not just with empathy but action.  This organization demonstrates how to take a bold step of action.

Let me know  where you might need to point your Empathy towards an action step?  Where are you willing to turn your empathy into standing up for a cause you believe in?  Leadership is about knowing when to turn on your empathy and when to turn it into action.