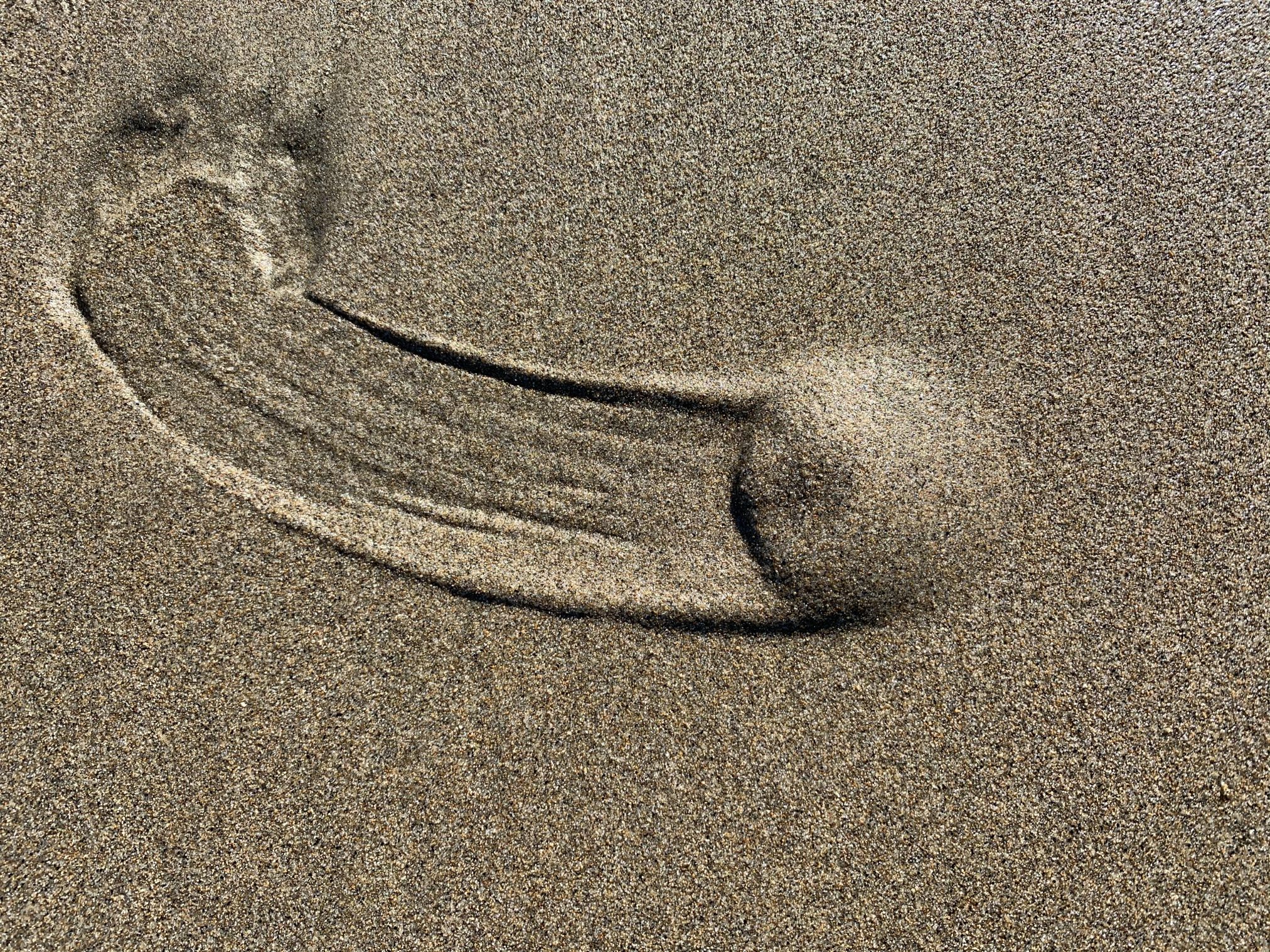 Limantour Beach is one of those fantastic beaches filled with surprises. Over the weekend, I discovered a whale skeleton, elephant seals, white pelicans, amazing color and light, wind blown grasses, and mystery tracks in the sand. These swirling tracks show up just at low tide and if you watched carefully you could see the steady swirl of sand dollars making their way across the beach. They use their spines to slowly move across the sand. The patterns and tracks they make are variable and beautiful. It is their slow and steady movement that creates the beauty and wonder of these often overlooked invertebrates.

As I watched them, I wondered how many people were stopping to look at these beautiful animals. The tiny sand dollar had a lot of competition with the 1000 pound elephant seals lounging around. The elephant seal was a lot more interesting and noticeable than the hidden sand dollars.

This is a reminder as we start a new decade that we have time, time to go slow if we need to. We don’t need to rush, and in fact this may be a good time to go a little slower, take notice of what’s working for us and what is getting in our way. And perhaps, most importantly, take notice of people who are going faster or slower than us.

Some people are hard wired to go slower. These people seem to be comfortable when they’ve pondered and reflected on their strategies and mulled the options.  You’ll often notice these people looking up as they think; accessing a part of their brain that will give clues to the right answer. They tend to have pauses in their speech. You may even hear them say….”Let me think about that”.  After time, they make decisions but tend to prefer not to jump to conclusions. Sound like you?

Going faster is also a strength. You might hear these faster folks saying…”Let’s just get started” or let’s “build the plane while we are flying it”.  They tend to physically move faster and have expressive hand motions and animated faces. Faster people are quicker to make decisions.  They are energized by starting projects. Sound like you?

These two types balance each other, they need each other to make great decisions. And, at times they can drive each other a little crazy.  The faster thinkers jump in to conversations and verbally process out loud while they are thinking.  The quieter people are internal processors. A small inner dialogue of judgement can sometimes emerge….the slower processors might think “why doesn’t she just take some time before she speaks?”   And, a complimentary dialogue from our faster colleagues, might sound like…”Doesn’t he have an opinion? Is he bored? Why is he not more engaged?”.

The sand dollar is a reminder for us all to get curious about people who process at different speeds than us.

I often see the slower people getting passed over in meetings because they are slower to air their voices.  Certainly, they can be supported to share more quickly.  And, it’s also a time for the faster thinkers to reframe their thinking  and see this creative internal process as a strength rather than a “weakness”.  The slower thinkers can also learn from the quickness of faster thinkers and not see their processes as impulsive and “half baked”, a weakness, but as a real strength of bringing momentum and energy to a group.

A balance of processing slow and fast will result in the ultimate goal of greater buy in from all involved. It can ultimately speed up the entire process and result in better outcomes.

Questions for this week: 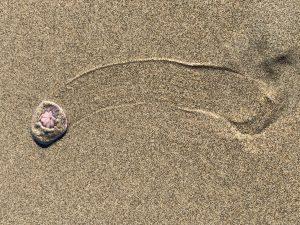